Helzephron is old Cornish meaning “Hells Cliff” and the Inn was built in 1468. Many local wrecks have provided the timbers in this Inn and the Bar counter is hundreds of years old. 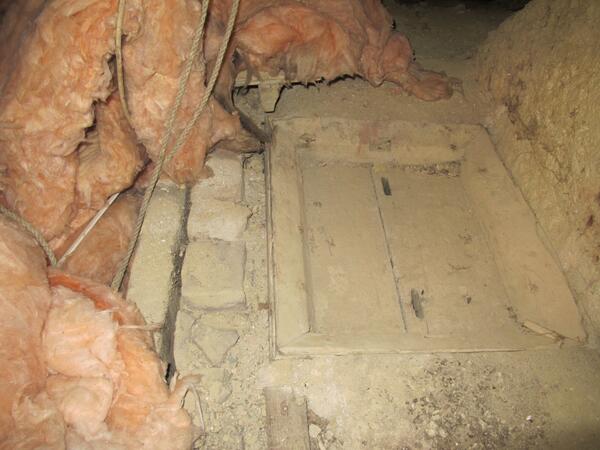 The wall between the lounge and the “Fishermans Bar is 8’6” thick & contains the shaft to a tunnel which at one time connected the Inn to a nearby monastery.

In 1526, the men who saw the £200,000 treasure ship the “St Andrew” driven ashore, drank their smuggled brandy in the bar before tramping half a mile across the cliffs tho plunder the King of Portugal’s Ship. When they returned, they used Portuguese dollars to pay for their drink.

In 1676 a Spanish Galleon worth £2 million was wrecked here and in 1790 a third ship carrying 17 million dollars from Spanish Bankers foundered in nearby Dollar Cove.

At Gunwalloe, caves on the beach were said to be linked by a tunnel to the belfry of a nearby church, and another passage joined the Halzephron inn to Fishing Cove, the home of a local smuggler called Henry Cuttance. Gunwalloe was the site of a wreck on 19 January 1526 when the Flemish ship St Anthony, owned by King John III of Portugal, laden with bullion, plate, and silver, was driven ashore in “an outrageous tempest of the sea.” Only forty-five of her crew survived. The local people spent all day and night salvaging silver. Two days after the wreck, three local magistrates, William Godolphin, Thomas St Aubyn and John Millaton, attacked the surviving crew and made off with two-thirds of the bullion! 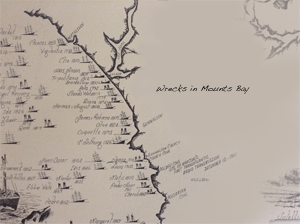 The Portuguese King appealed to King Henry VIII. In answer to these charges, the three men stated that the chief ruler of the ship, fearing the country people helping the salvaging would take it home with them, had begged to the three to come to his aid. They declared that the ship’s master entreated them to buy some of the salvaged goods in order that he could buy some necessities. This is all, they insisted, they took for themselves.

Another treasure ship, this time Spanish, was lost in the same place in the 1780s. The ship broke in two and spilled the coins and bullion into a gully. In 1845 a company was formed to dam the gully and pump out the water to recover the money. The night before everything was ready a gale came up and wiped out two month’s work. In 1847 another attempt was made for miners to cut a path and steps down the cliff and sink a shaft twenty-five feet into the rocks, working only in low tide, then driving forty feet under the gully, the idea being that the coins would fall into the tunnel. No coins appeared but the sea did, and the miners barely escaped. 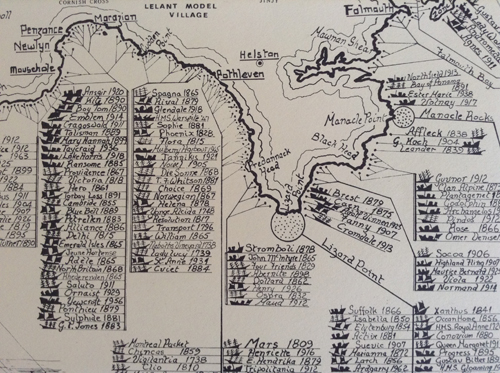 The breach could not be sealed. In 1877 a Mr Boyd and two engineers had the idea of pumping out the mine and trying again but to no avail. The storms of Mount’s bay produce vast movements in the sea bottom and periodically thousands of tons of sand can be scoured away overnight. Parts of Gunwalloe Cove can change by as much as twenty feet at a time.

One of the last sailing ships lost at Gunwalloe was the Austrian Diana which was crippled off of Wolf Rock by a gale on 8 December 1874. The ship drove ashore at Creeg-an-Pella, a small cove near Gunwalloe. Her crew was saved by rocket line but the ship finally broke up.

Why not come and join us in our weekly quiz on Tuesday evenings. Start time 8:30 pm - entry fee £1.00 per person winning team wins the money. There is also a charity raffle run every week with the proceeds going to the Charity of choice of the previous weeks quiz winners.

Spanish Classes at the Halzephron

A fun and lively Spanish language course. We will be using all four skills, speaking, listening, reading and writing which will be practised through practical activities. The course is aimed at people wanting to be able to communicate whilst travelling, speak to Spanish people or simply as a way of having fun. 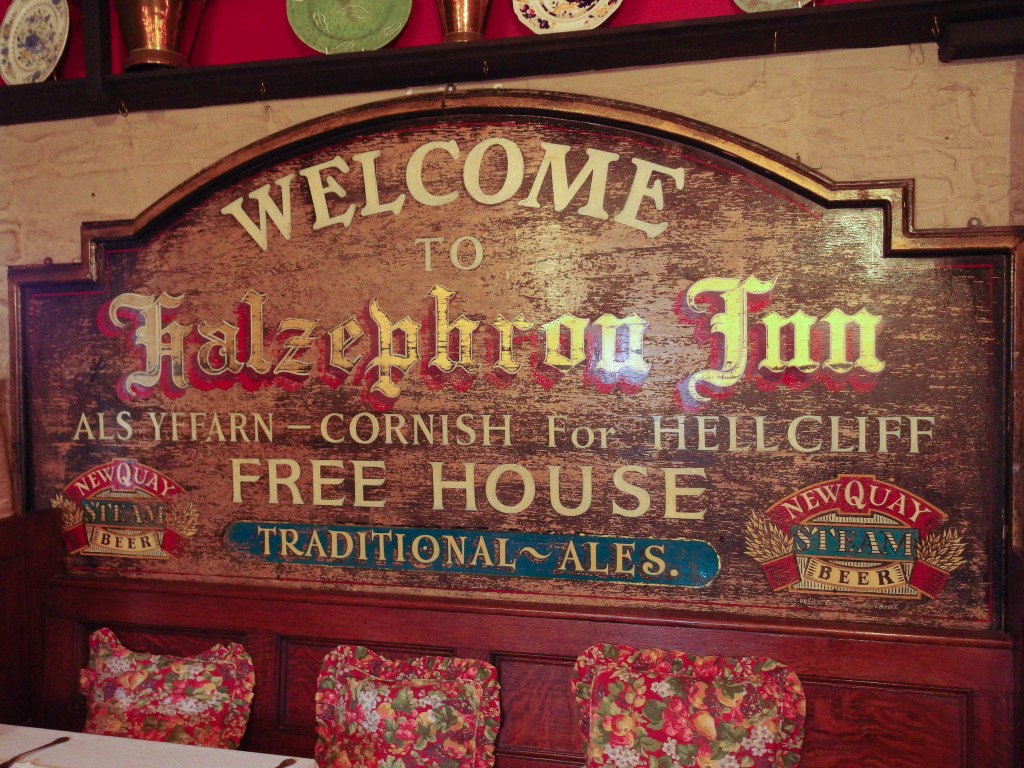 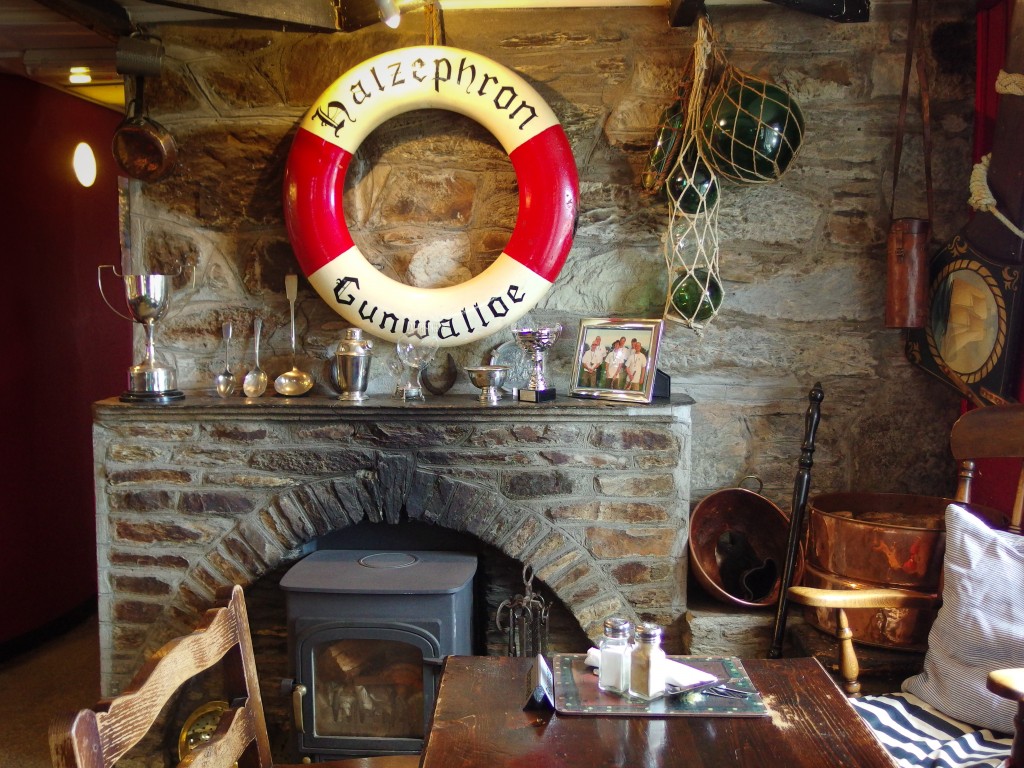 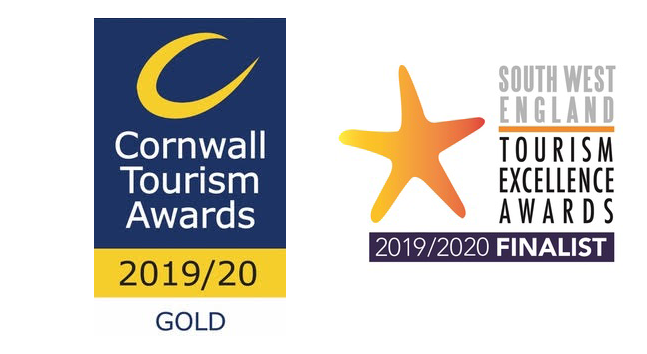 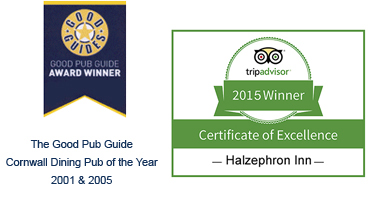